I recovered this piece from the wood dump storage area, as I was frantically foraging for more renewable energy.

It reads “imported from Sweden”.

Now, that naturally triggers the question: “what the heck was imported from Sweden in the 1950’s in the middle of Auvergne?”

Smoked salmon? At that time, fresh salmons, I mean so fresh as to be still alive, were still swimming upstream the local river Allier for breeding. I would give it a No.

Viking artefacts? Vikings were probably never heard of around here. Vikings never dared venture this far anyway. They kept to the rivers for safe escape. Another No.

Timber? This would be like carrying coals to Newcastle. If anything, timber was exported, not imported. Definitely No.

Iron ore? This would indicate the area had already moved on from the Stone Age. Sort of flattering. But, iron ore in a wooden crate? Improbable at best.

Well, I think I know the answer, having already experienced the unforgiving climate of the area. At the time of the Cold War, when the iron curtain was preventing any trade with Russia, where would you get your morning shots of Vodka from, to keep you going for the winter days? That was an Absolut no brainer wasn’t it? 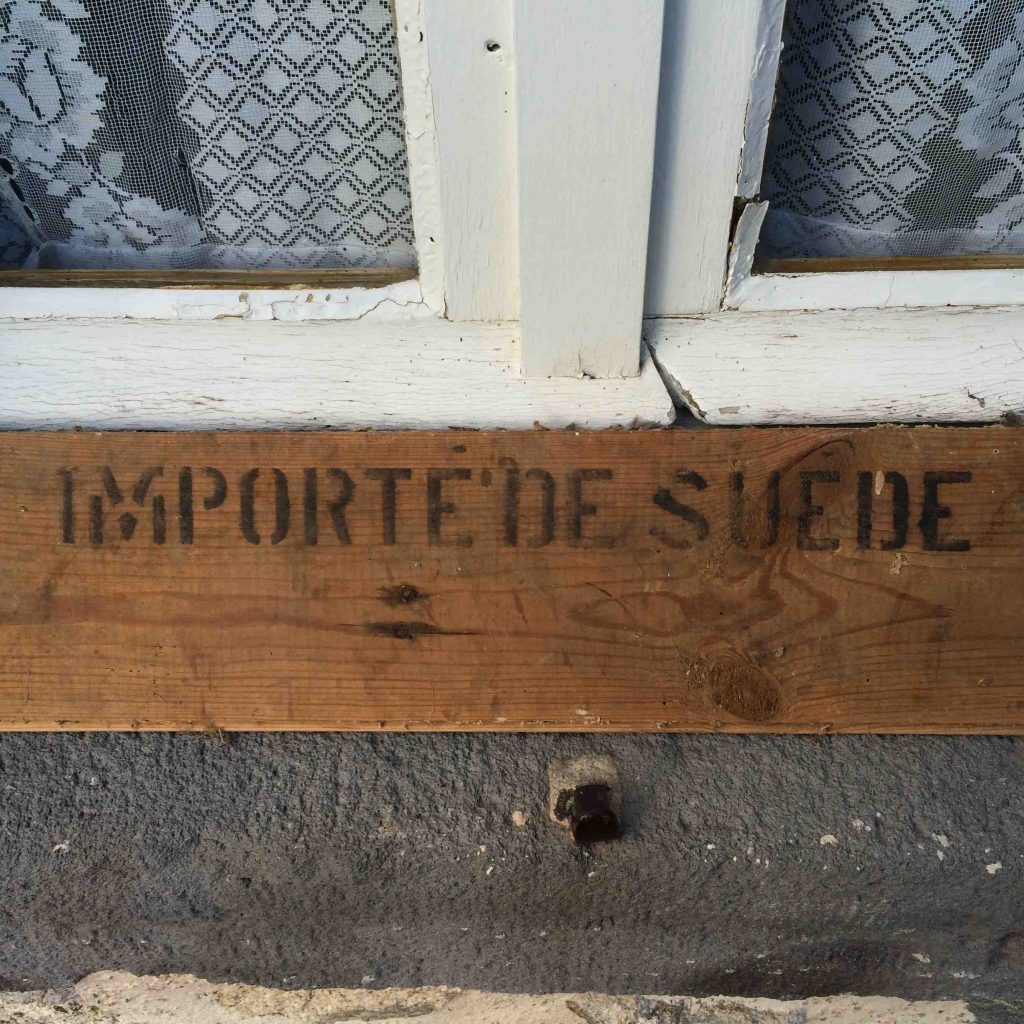